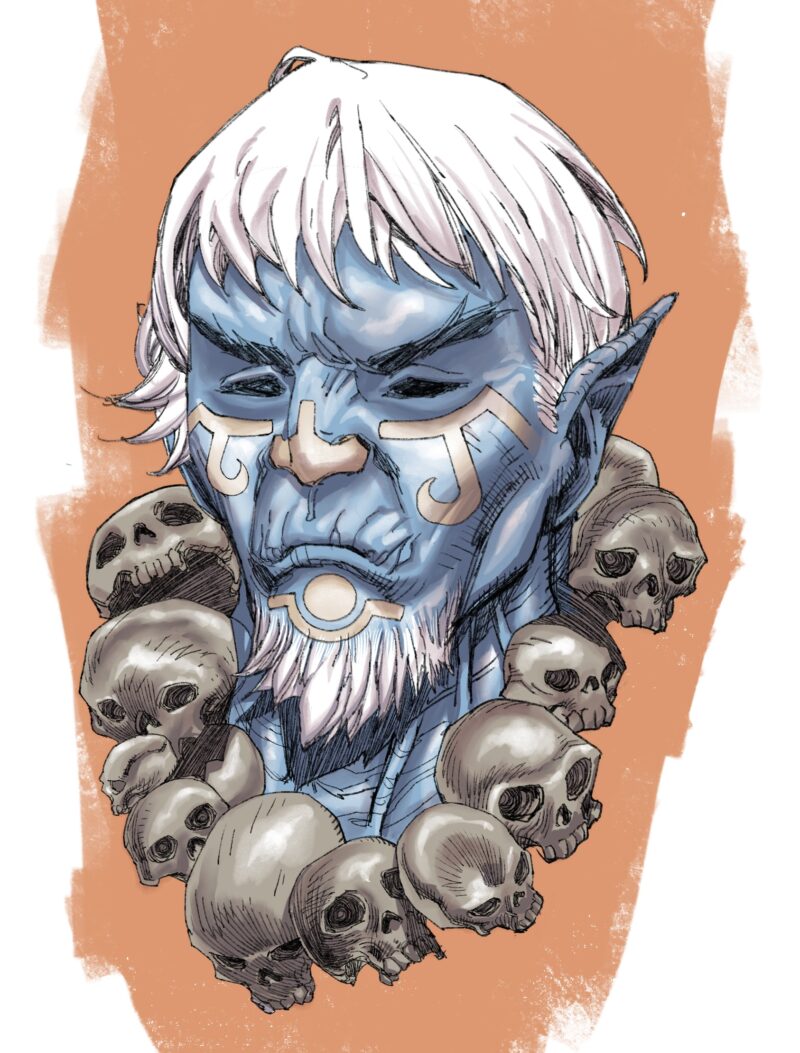 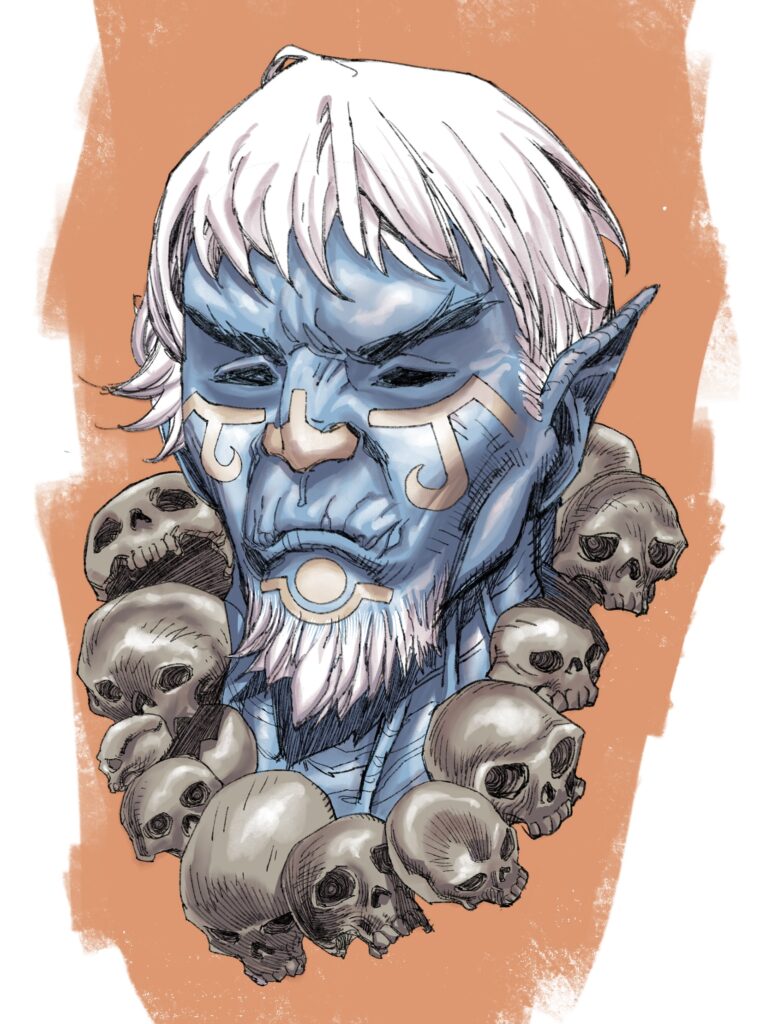 This bust is part of a slow growing poster for the upcoming Odin Punked web comic.  Taken from Norse Mythology,  Fárbauti – the Father of Loki the god of Mischief and a very mean s.o.b.

The  Old Norse name Fárbauti has been translated as ‘dangerous striker’, ‘anger striker’, or ‘sudden-striker’.

The first part of his name is a compound formed with the noun  fár  which means ‘hostility, danger, unfortunateness, falseness’ attached to the verb  bauta (‘to strike’). 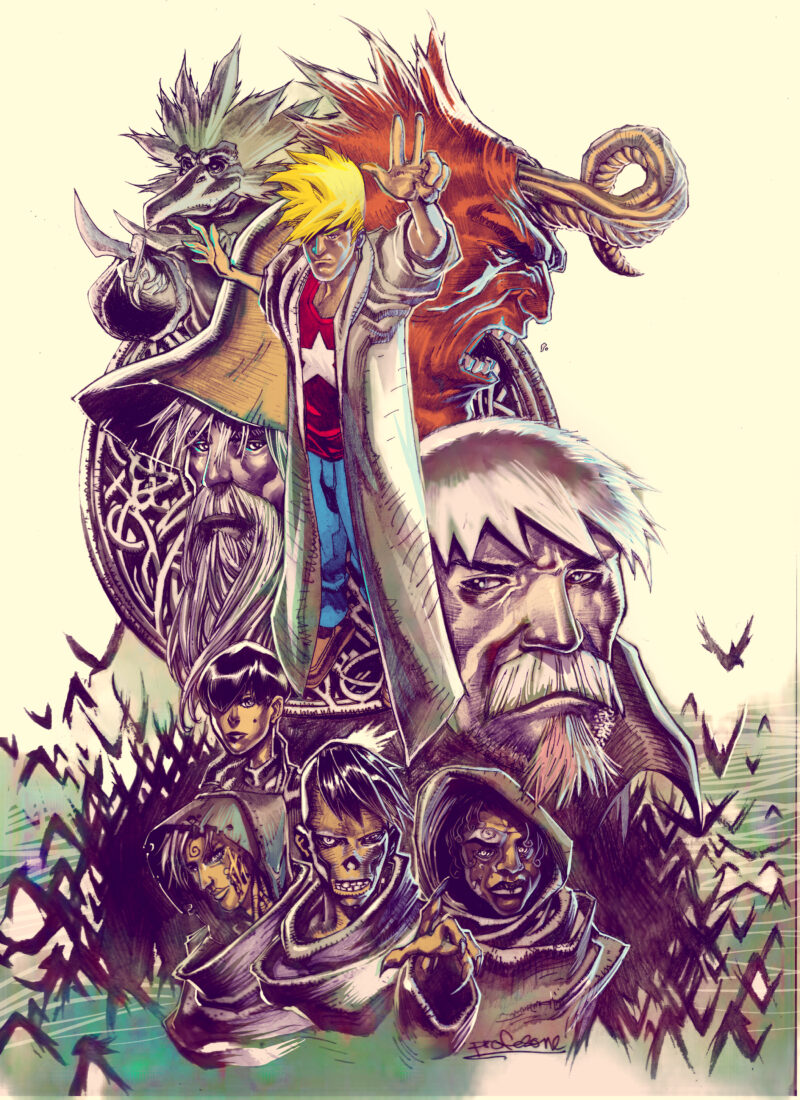 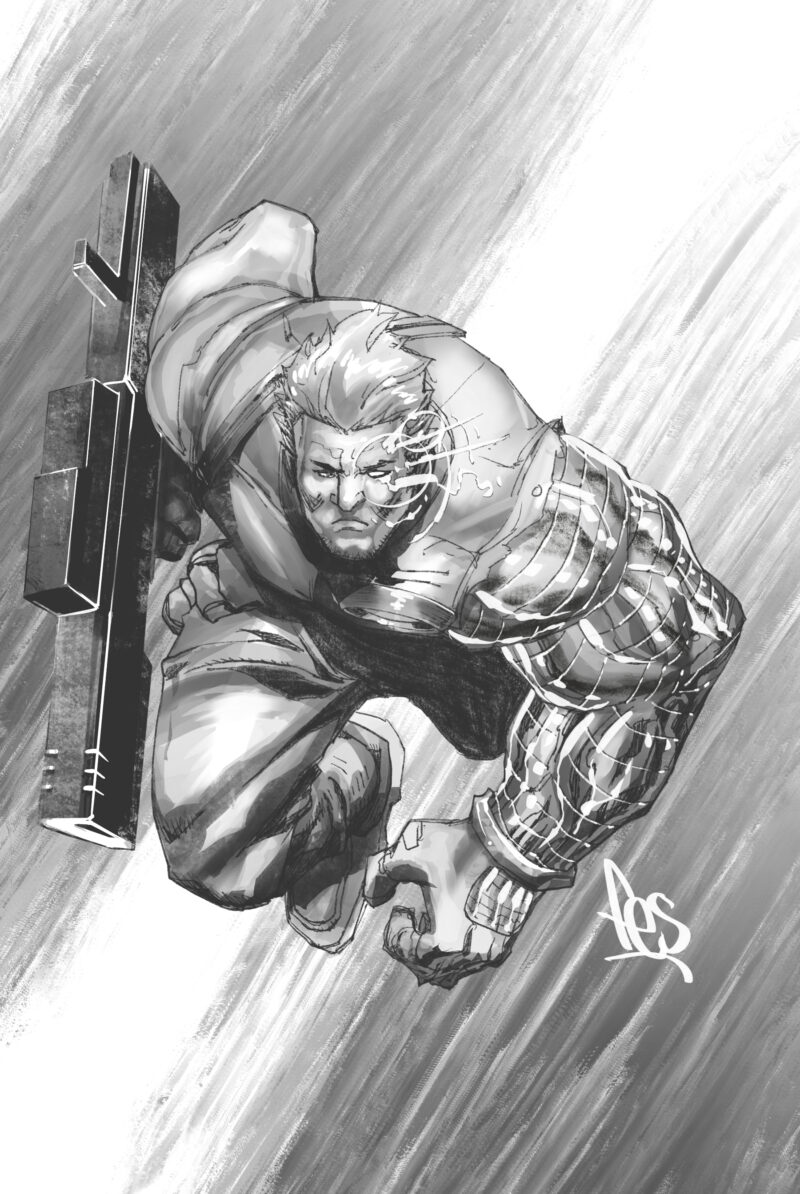 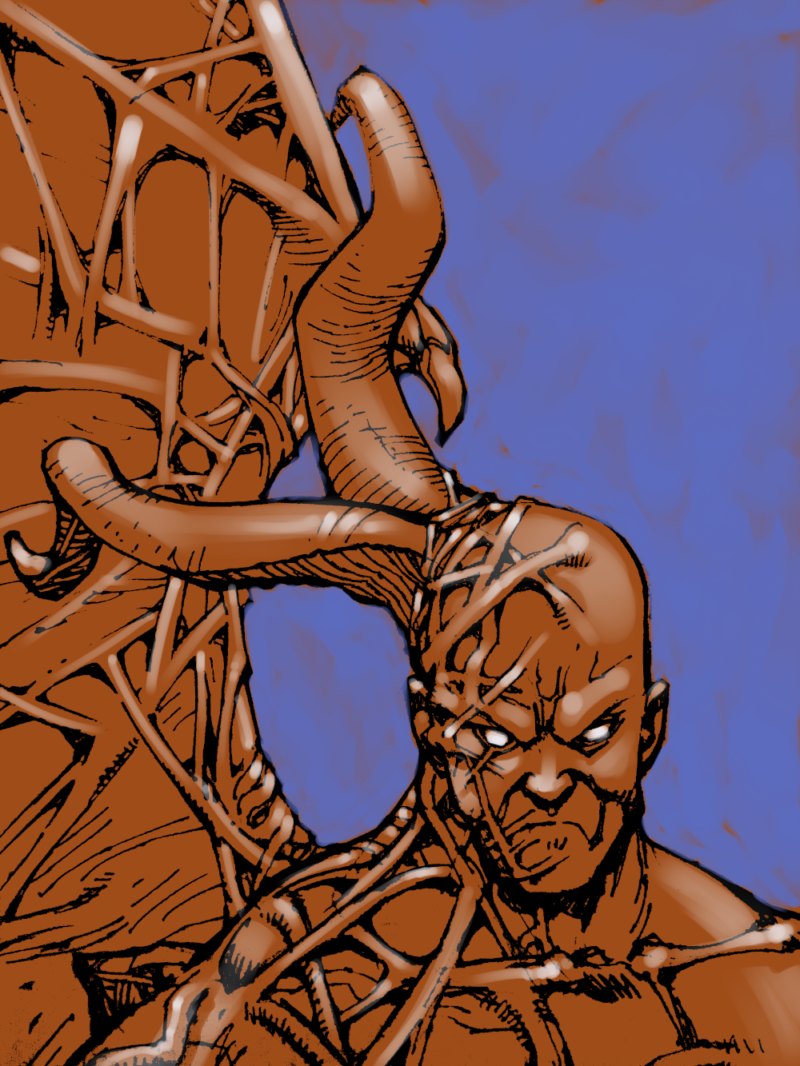